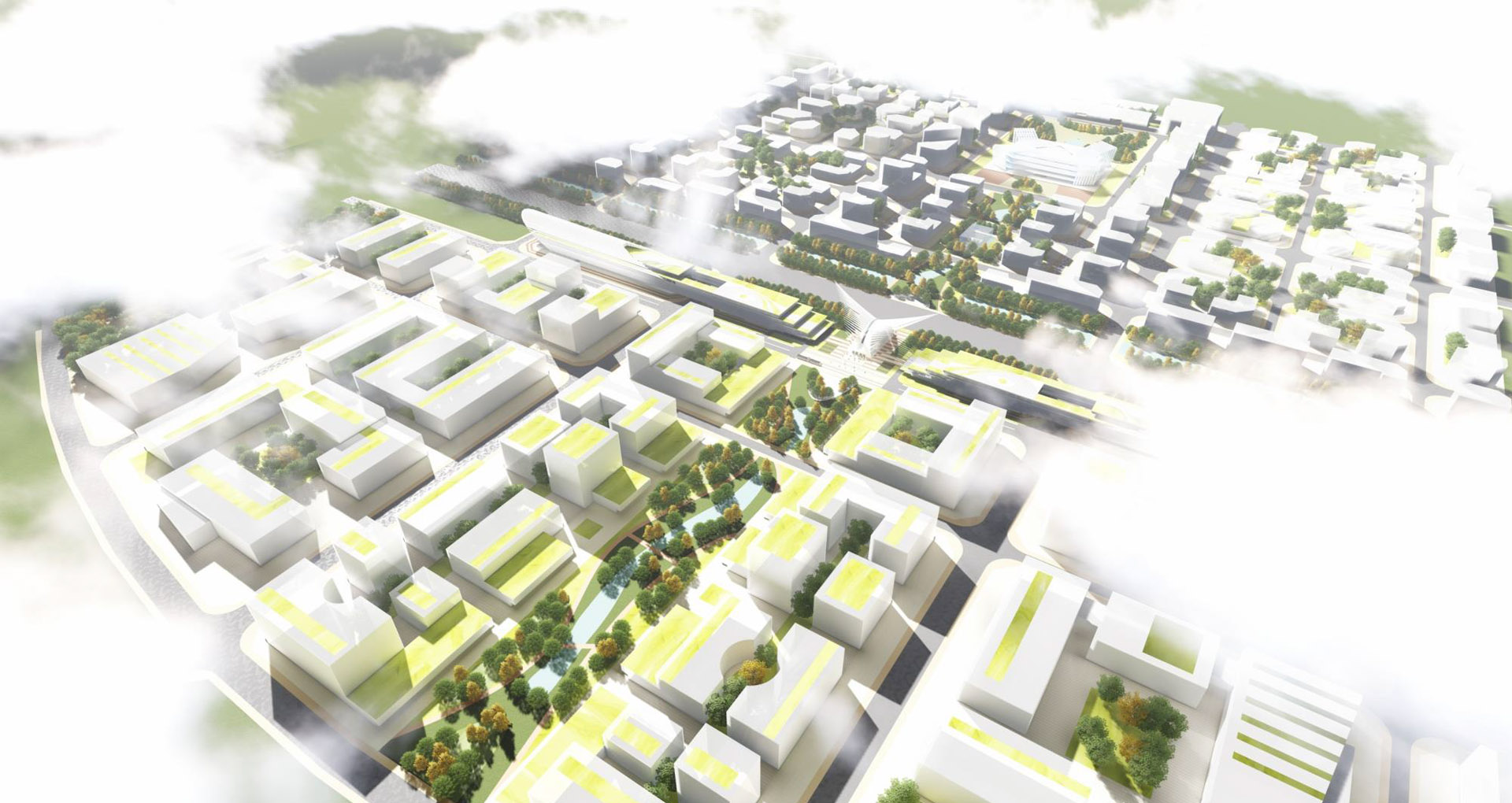 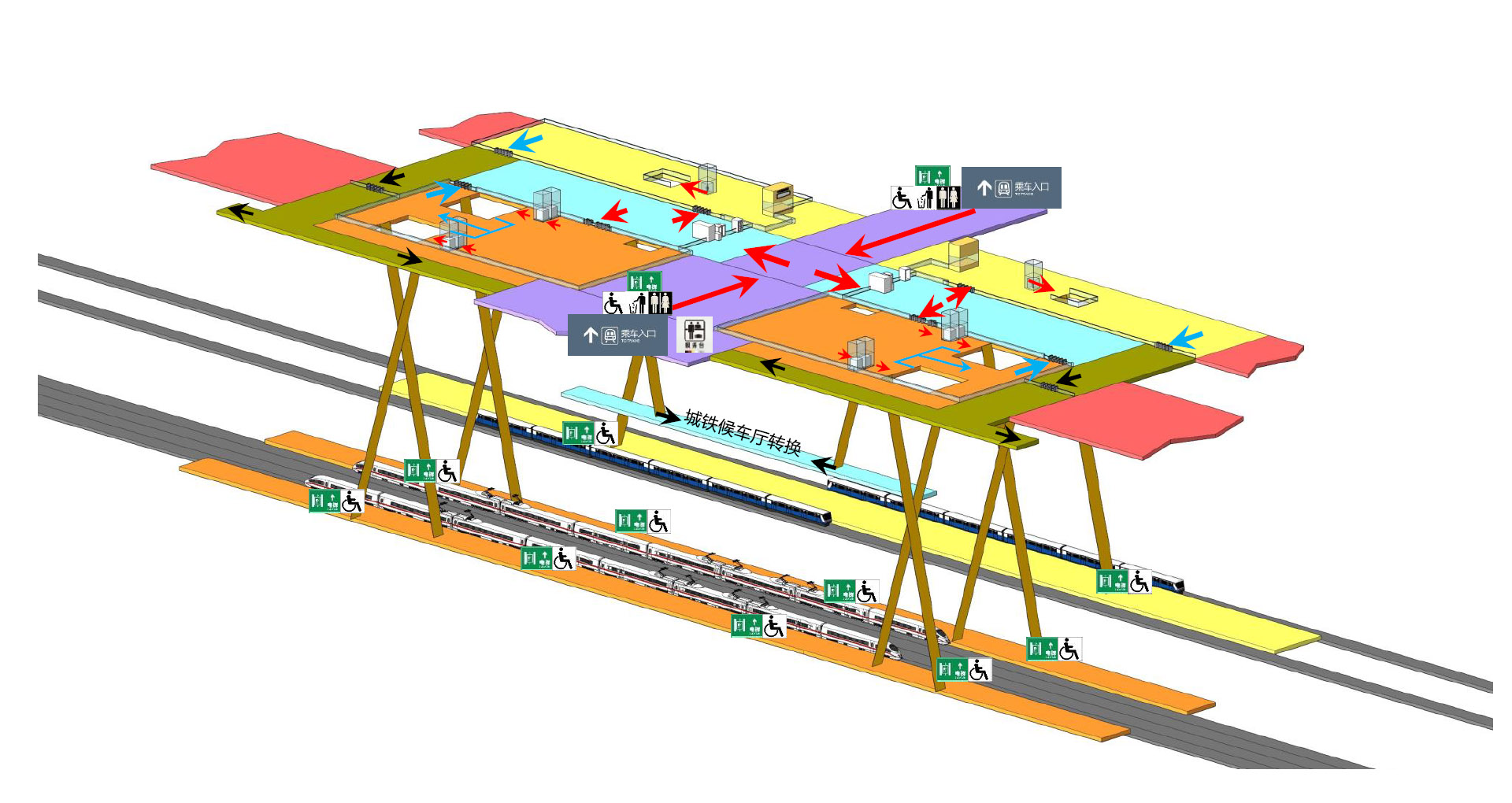 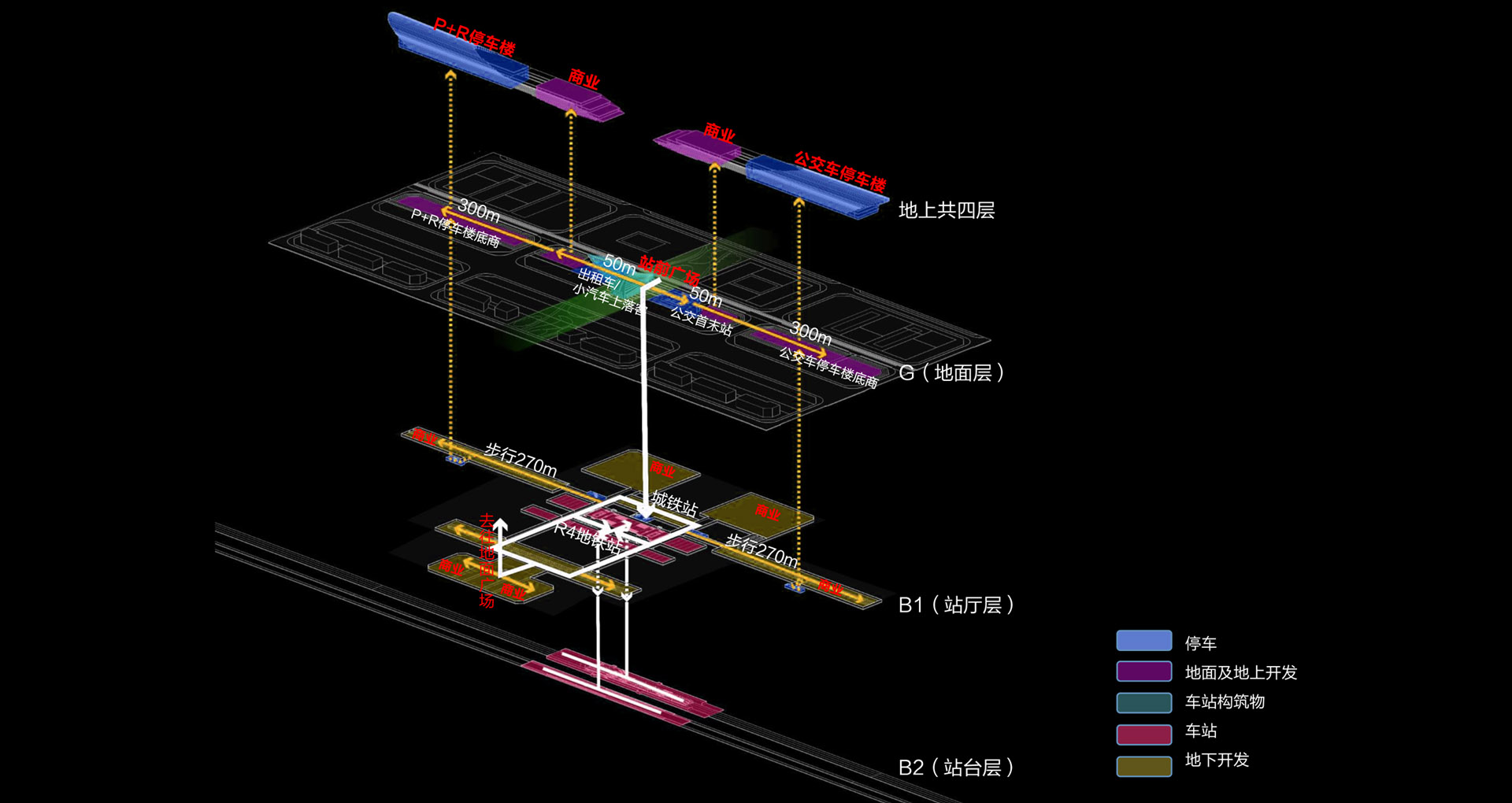 The integrated development of new-aviation-city station is not limited to the land around the station, but should make full use of the leading force of rail transit, take the station as the core, and create the overall image of the new-aviation-city area in an all-round and three-dimensional way. Through forward-looking planning and policy guidance, the integration of transportation and land use can be realized, and the high-efficiency, reasonable and distinctive development goals can be achieved.

new-aviation-city station is located in the south of Dali road. It is a hub station formed by the intersection of intercity railway and R4 subway. The station hall and platform are located below the ground. According to the current regulatory regulations, the ground is identified as a green isolation belt. In the future, it is planned to combine the functions of the hub station to lay out the traffic hub outside the station on the ground and develop related functions, so as to form a traffic hub complex with the underground station buildings. At the same time, the hub complex is also responsible for connecting the post city on the north side of Dali road with the exhibition area on the south side, so as to optimize the integrated development and traffic convenience of the whole urban area.