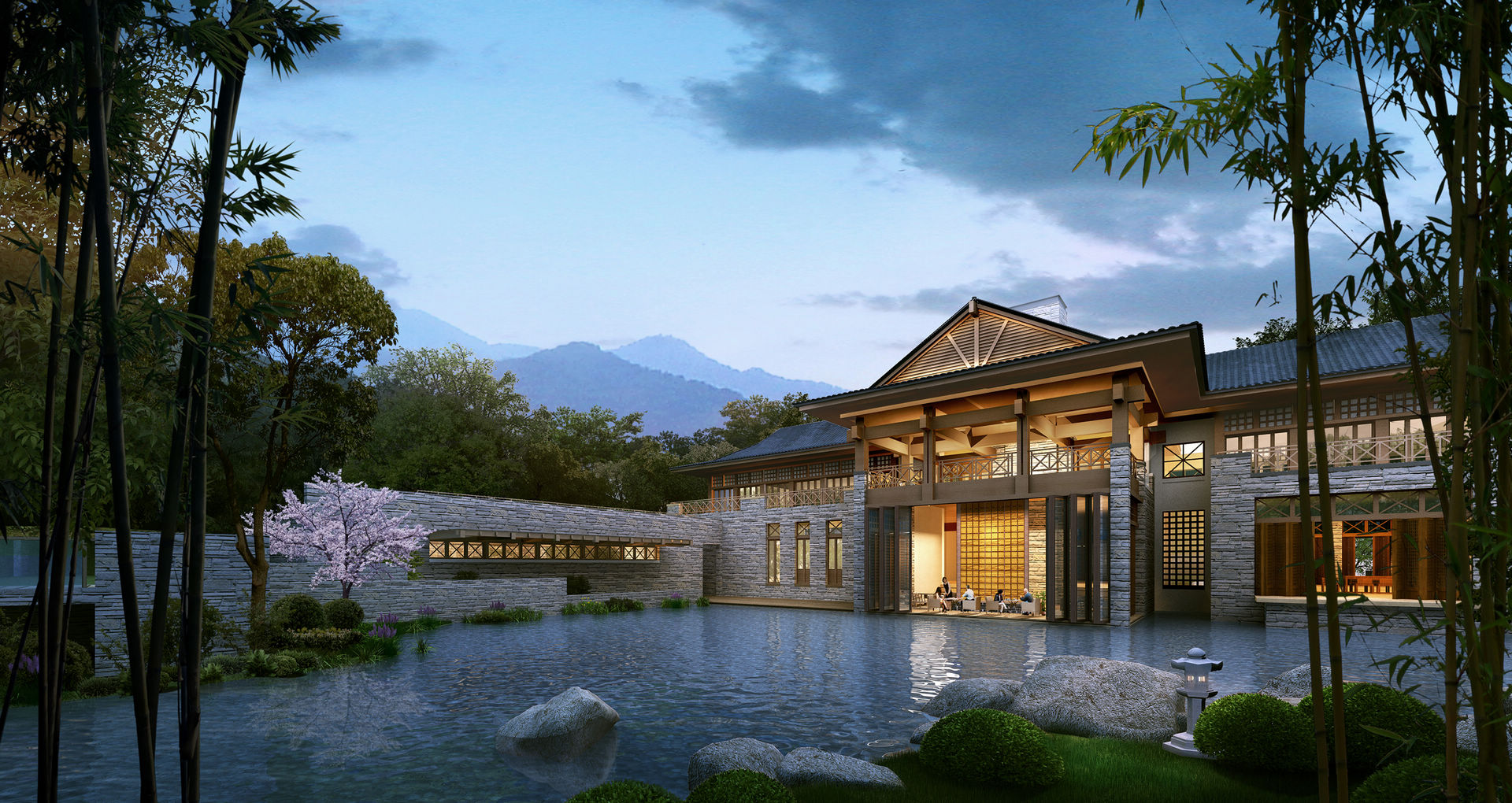 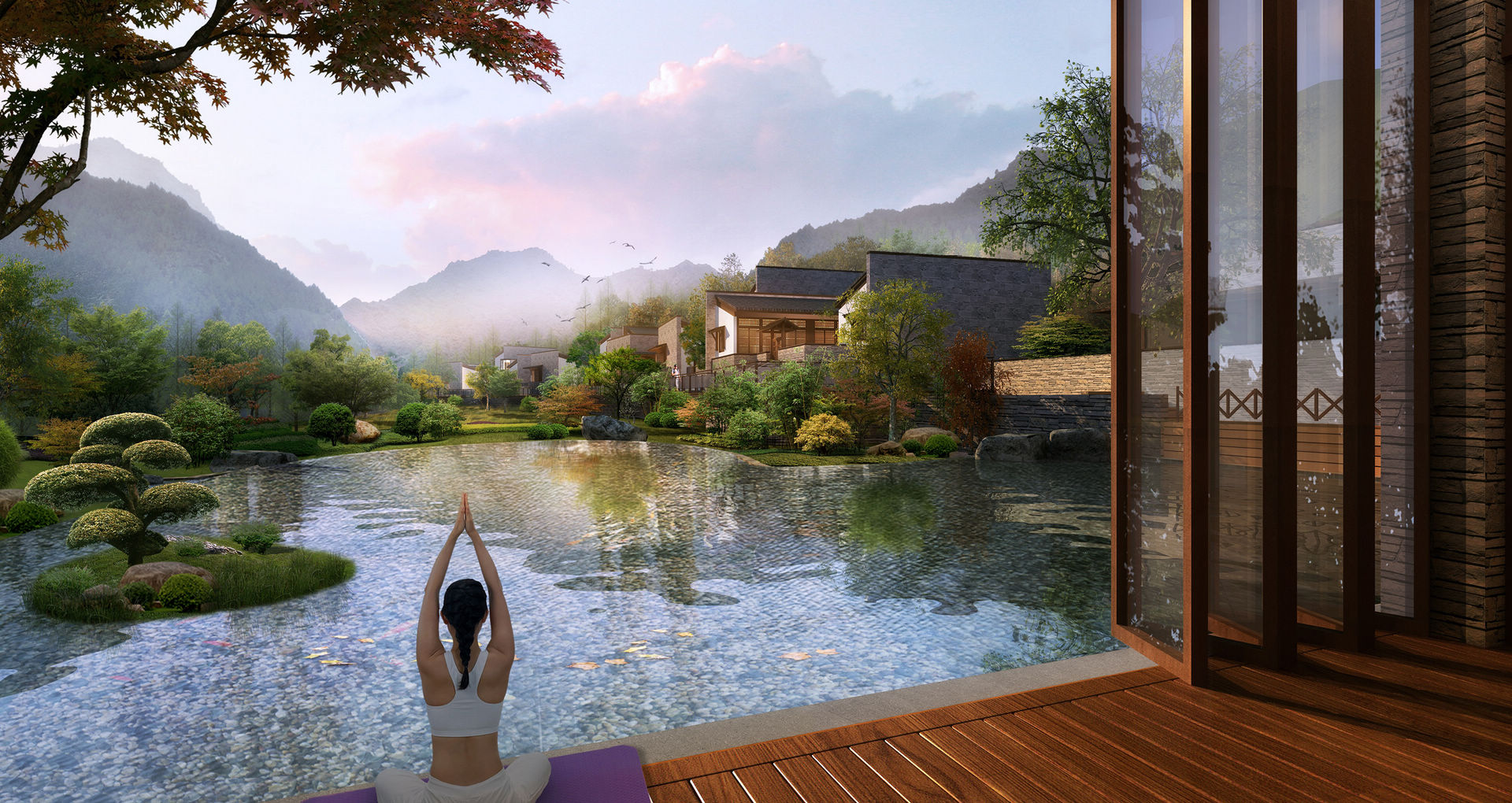 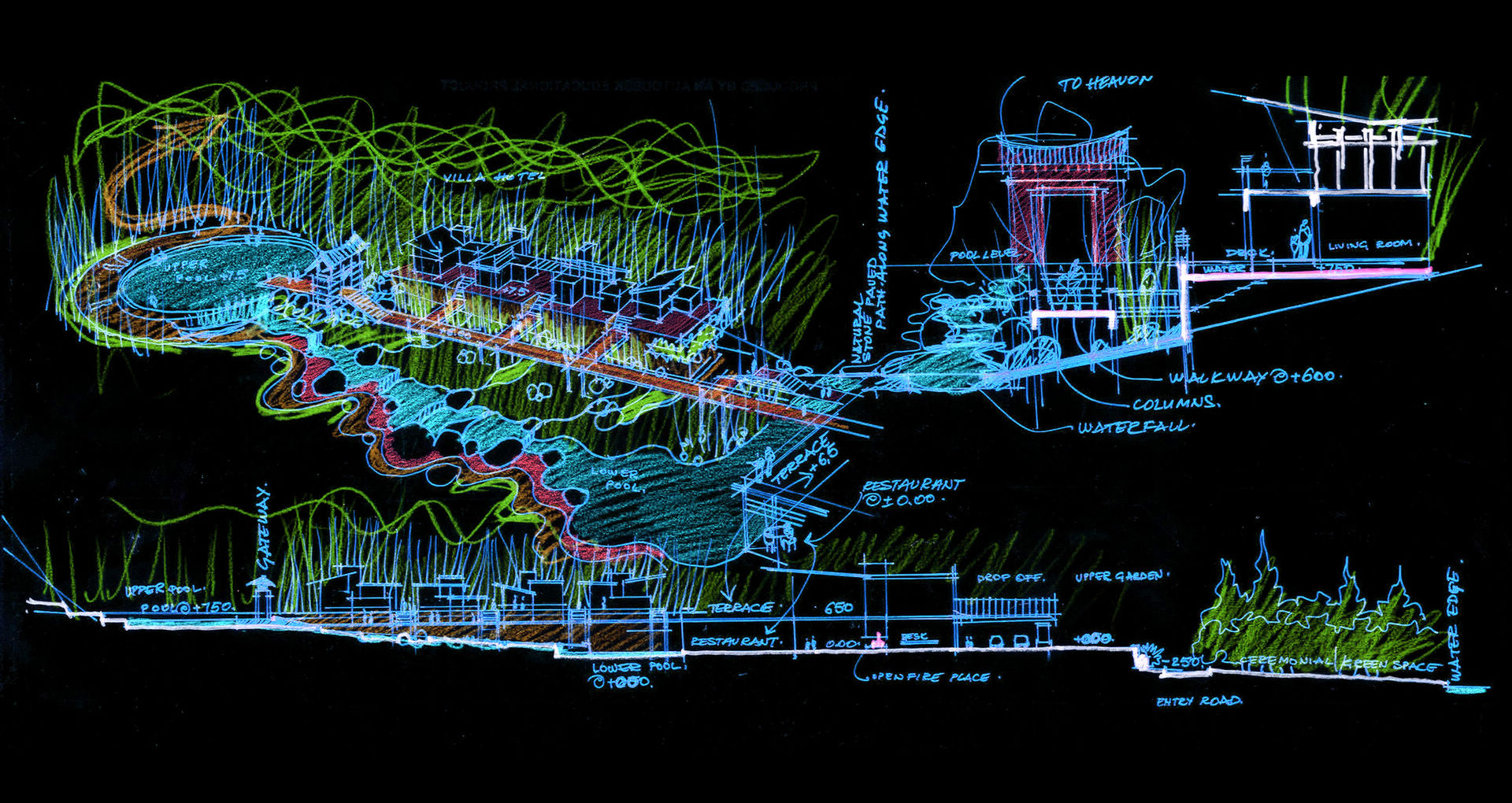 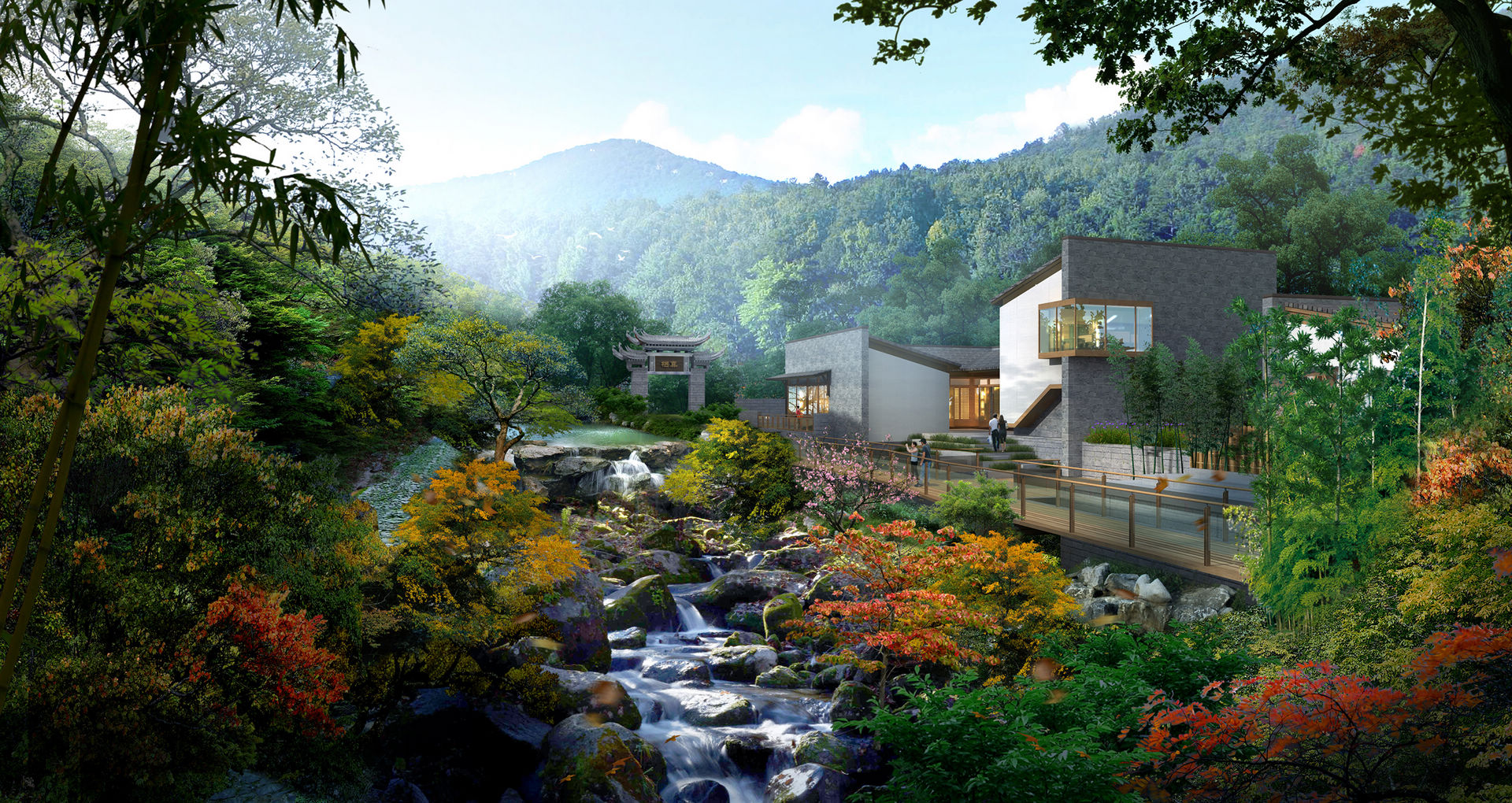 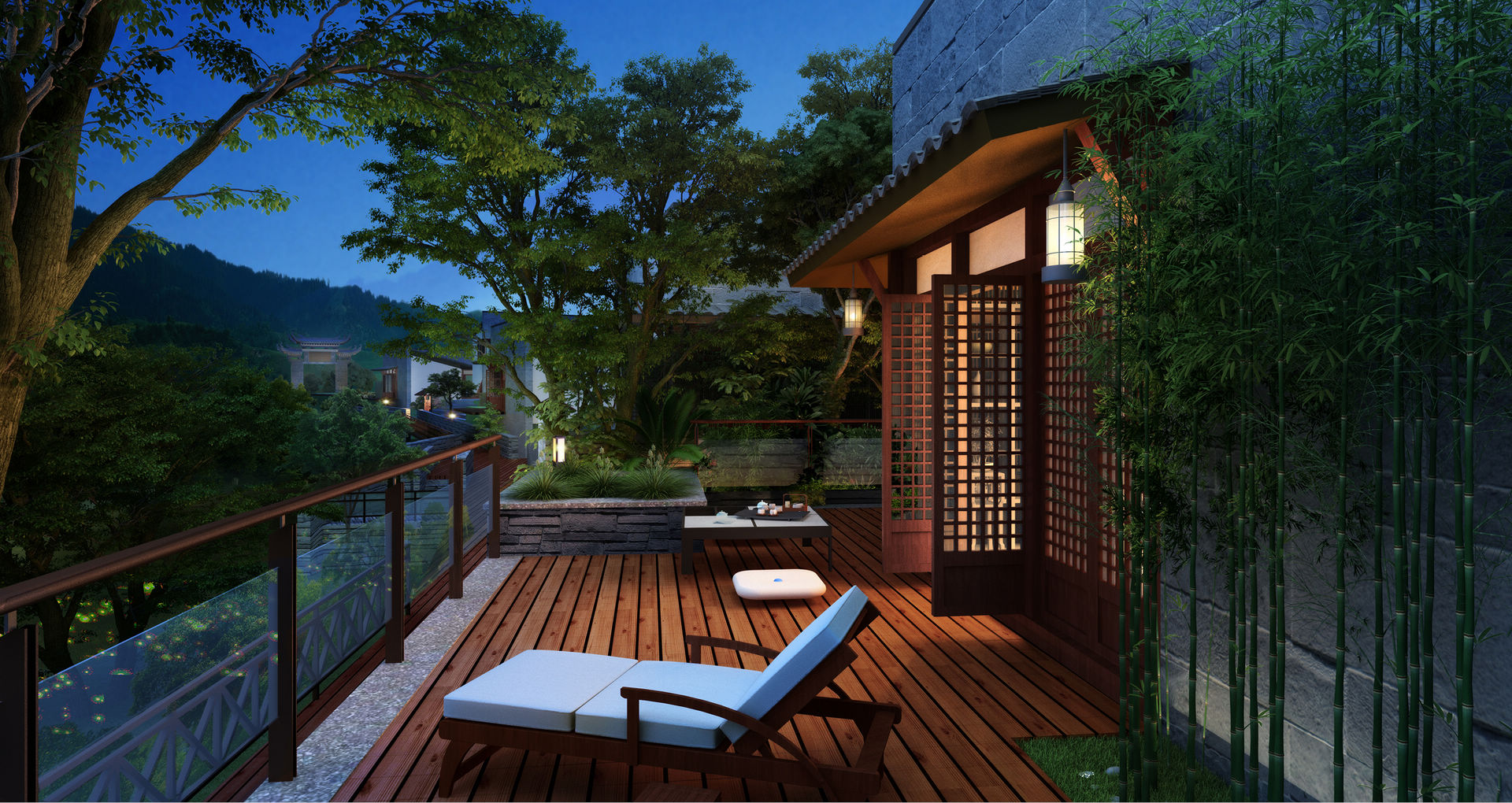 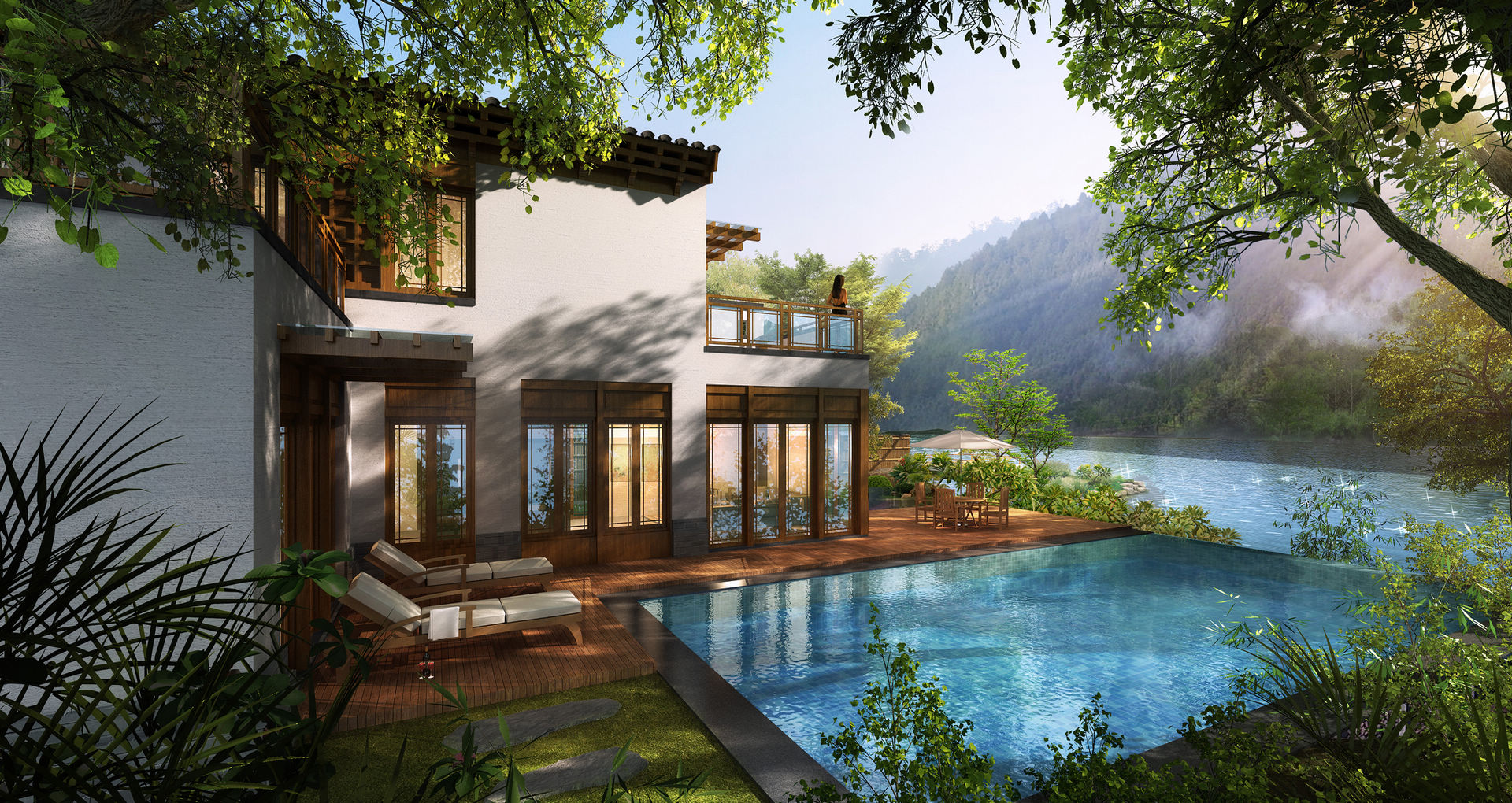 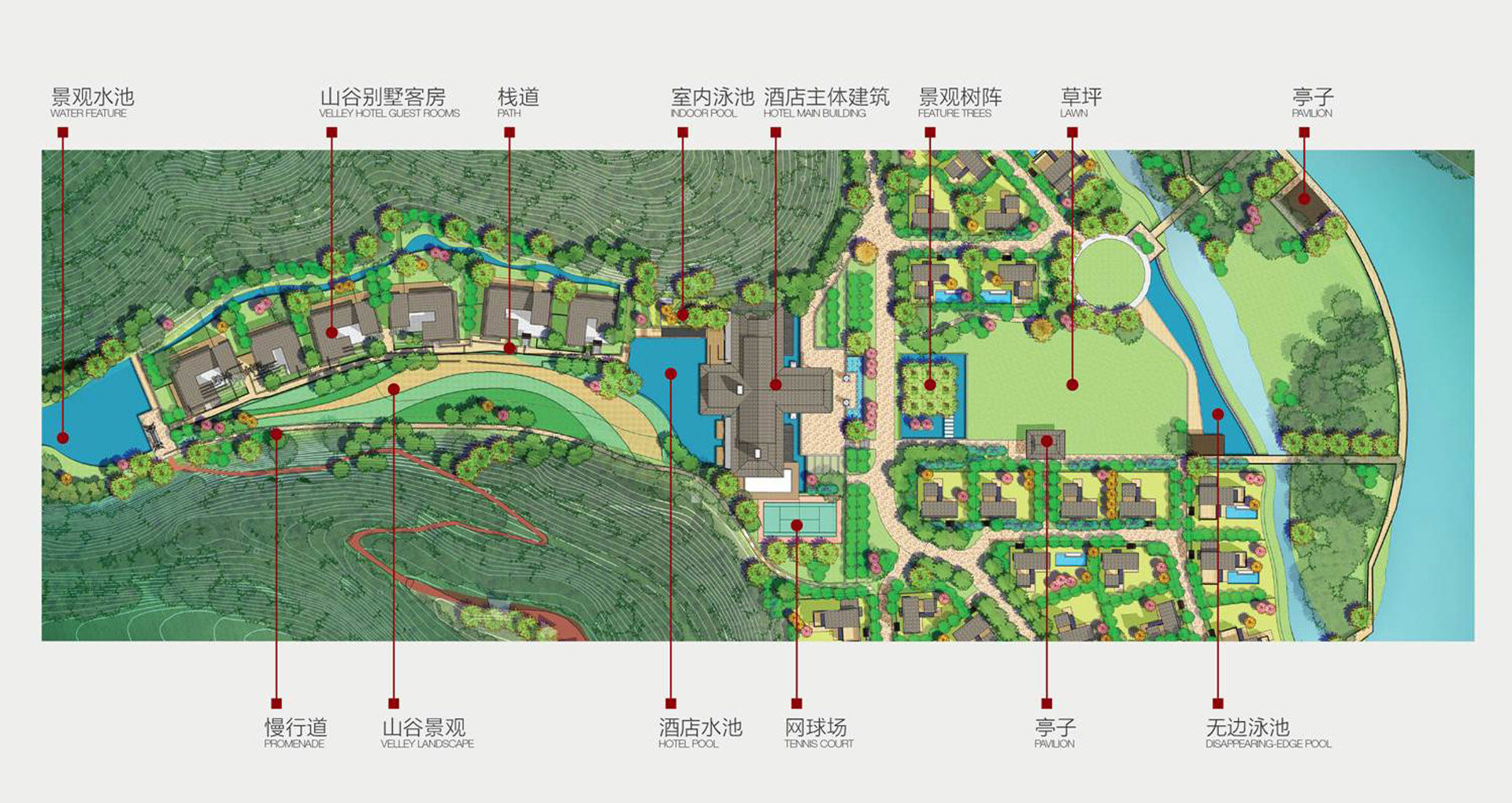 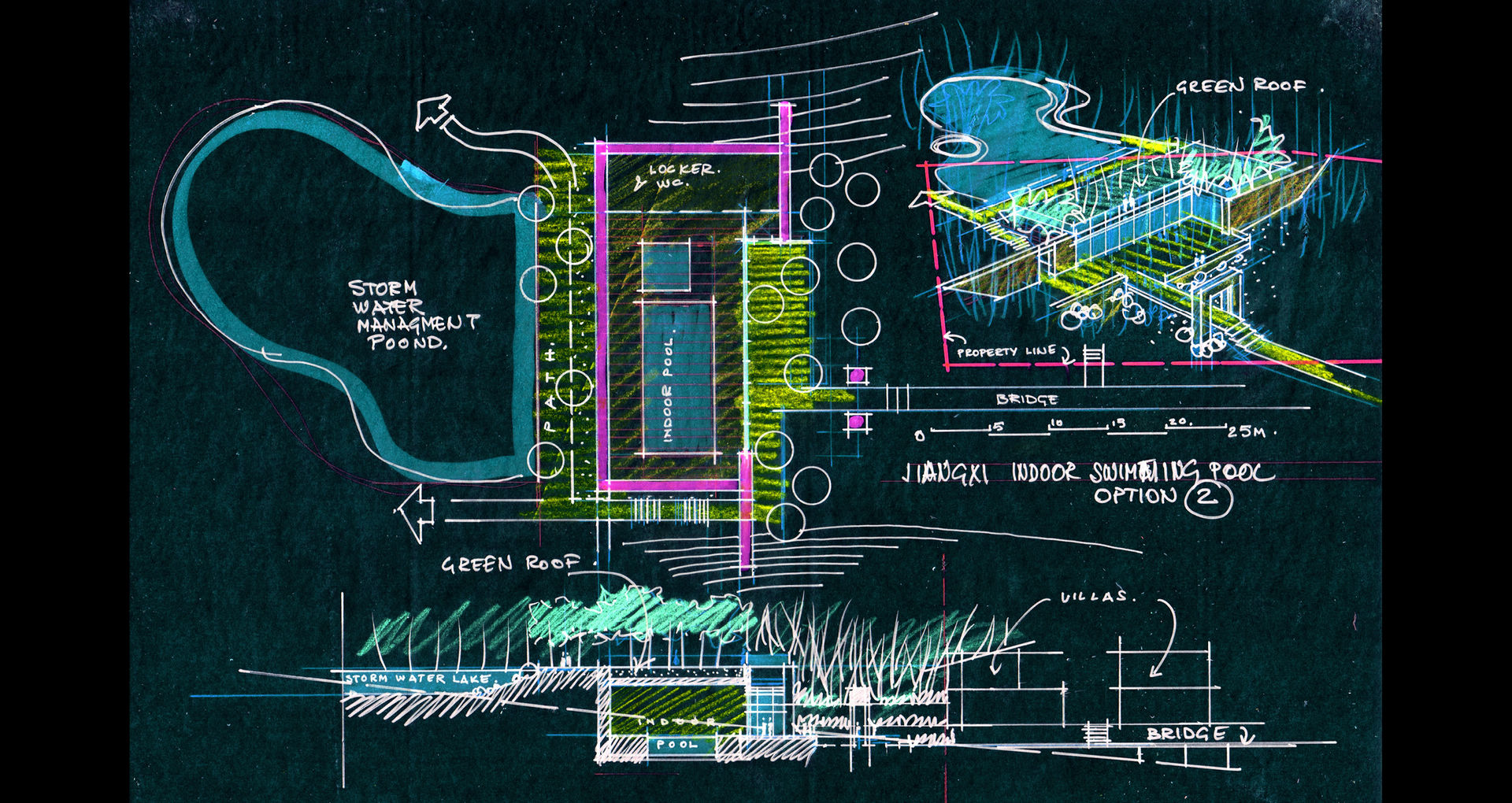 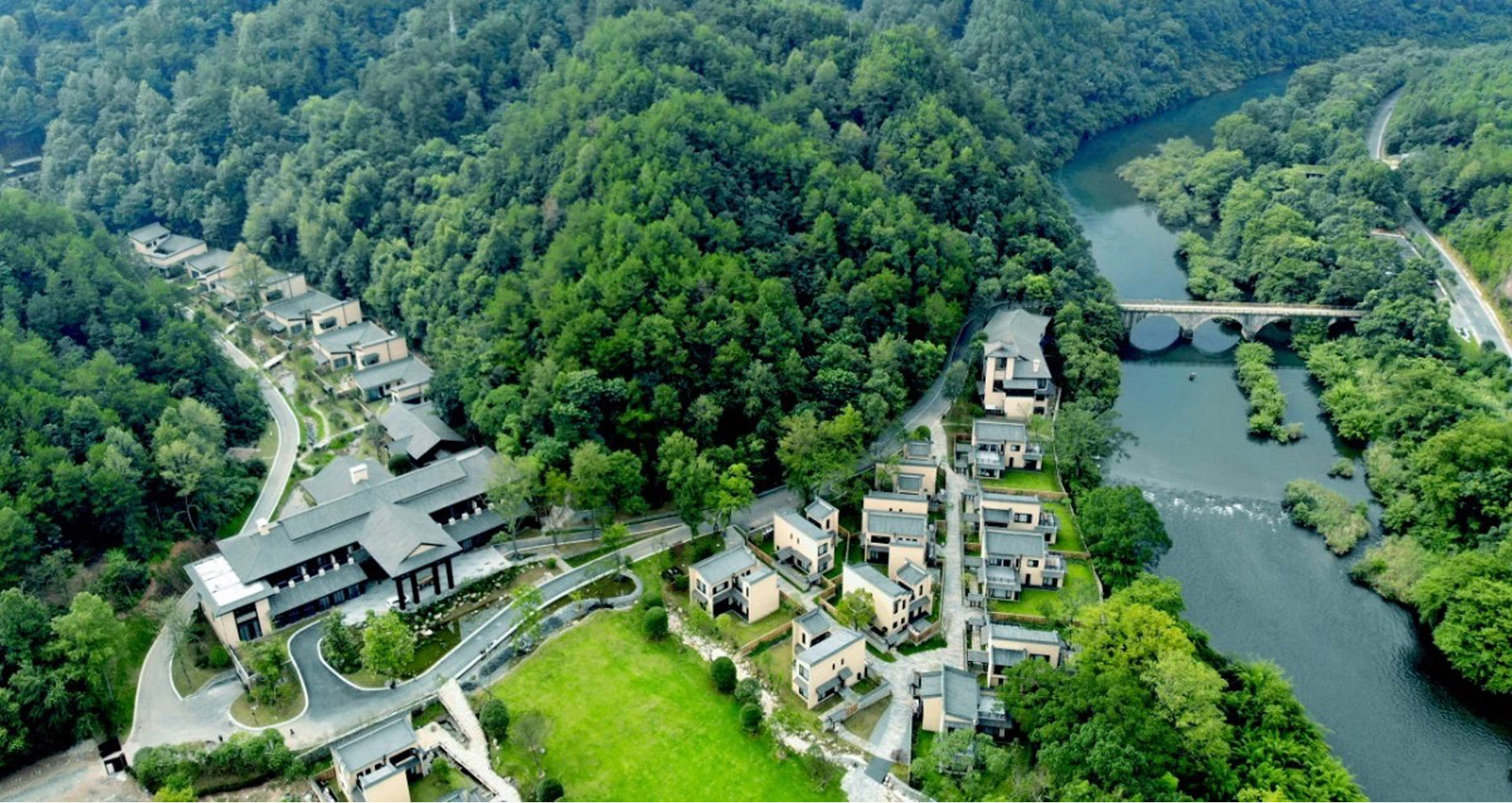 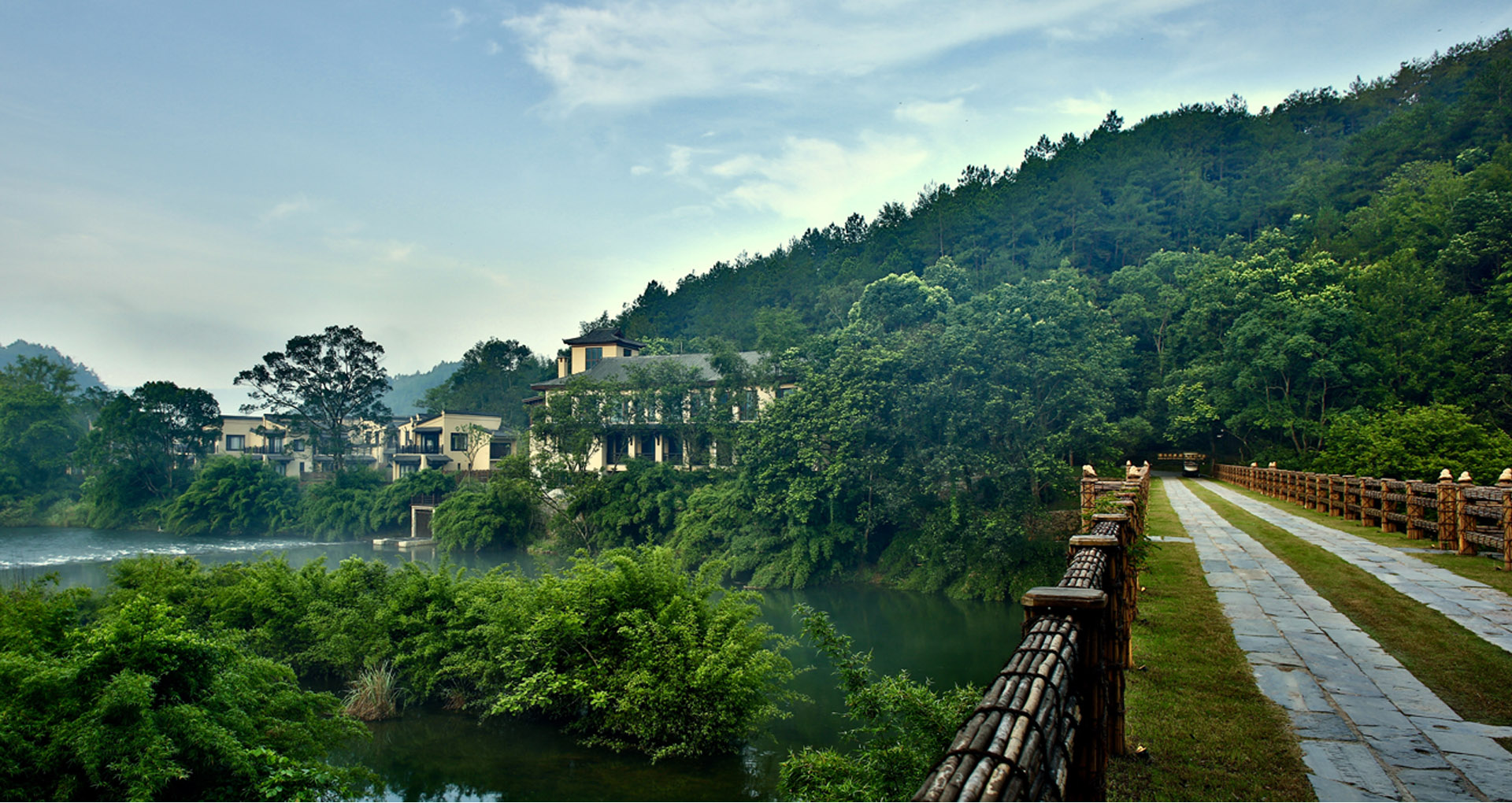 The project base is a piece of irregular land along the edge of valley and beach, which was not favored by the owners at first. But KKL thinks: the real value lies in the so-called "edge". How to enlarge the landscape advantage of "edge" by the hand of architects, solve their own viewing needs and "reflect on themselves" - integrate themselves into the environment is the real test of architects' ability.

In the Sui and Tang Dynasties, Chang'an and Ming and Qing Dynasties, Beijing's "palace city in the middle, strict and square layout of the central axis" reflects the concept of Confucian ethics and order. In the overall planning of the project, the order in chaos is also constructed: the "ancestral temple" (the main building of the hotel), which is in the dominant position of the overall building group, is arranged in the central highland, and the scattered "cottage settlements" (resort villas) are located in the low-lying areas on both sides. On this basis, the planning concept also absorbs the scattered perspective technique of traditional Chinese landscape painting, carefully adjusts the orientation of each building in the village building, and strives to reproduce its state of natural growth for hundreds of years. The central axis order, which represents the humanistic spirit, is organically combined with the trend of the natural Valley to embody the artistic conception of "although it is made by human beings, it is just like the opening of heaven".

The architectural functions of the whole resort can be divided into two categories. One is the "ancestral hall" public buildings represented by the main hotel building and the Mountain Gate building, which are relatively open and extroverted and absorb the ceremonious roof elements of the official buildings in Tang and Song dynasties; The other is the waterfront villas and the courtyard style guest rooms in the valley, which are enclosed or semi enclosed, with relatively introverted personality. From the architectural form, it also reflects the differences between the two: the former adopts the intention of overall large wood frame, resting on the top of the mountain, with far-reaching eaves, which has the charm of the official architecture of Tang and Song dynasties; The latter uses the single slope roof with the intention of returning to the hall of four rivers, which is solid on the outside and empty on the inside. It tells the story of the scholar bureaucrats' dream of seclusion.

Landscape design respects the natural topography, makes effective use of the existing local elements, and complements the architectural design on the basis of maintaining the original ecology as far as possible, so as to create a high-quality leisure life with Chinese cultural elements. Design a series of waterscape along the main landscape axis - Hotel Valley. A reservoir is arranged at the highest part of the valley, which flows out slowly from the valley under the action of gravity, flows through each group of the central axis, and finally flows into the Beihe river. The large lawn in front of the main building of the hotel forms the most open view of the resort, which can accommodate all kinds of assembly and ceremony activities. Against the backdrop of the winding rural roads and paths, its scale is particularly grand, forming the climax of the whole movement.